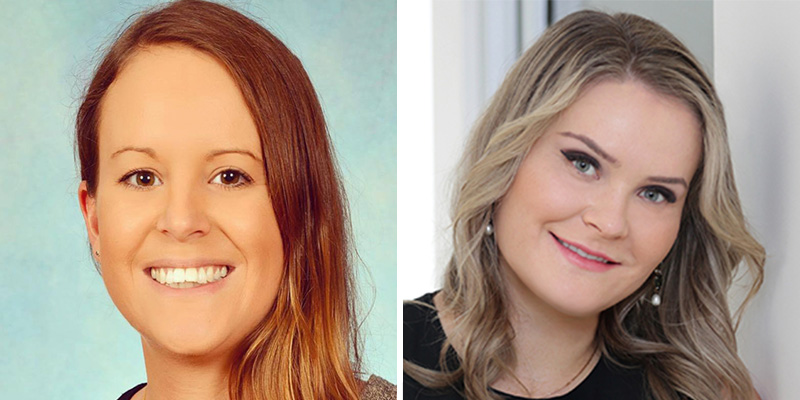 The grants provide the highest-performing researchers at all career stages with salary and research support designed to give them flexibility to pursue important new research directions as they arise, and form collaborations as needed.

Children’s lung health researcher Dr Kathryn Ramsey will use her grant to lead a five-year collaboration between Telethon Kids Institute and Perth Children’s Hospital focused on cystic fibrosis (CF) and bronchiectasis – the latter of which is one of the most underdiagnosed and neglected lung diseases in children and adults across the world.

“Many respiratory conditions develop in childhood and progress throughout adult life, leading to poor quality of life and a significant burden on the healthcare system,” she said.

“My research vision is to improve the prognosis and quality of life of individuals with chronic lung disease, focusing primarily on cystic fibrosis and bronchiectasis.”

CF and bronchiectasis are muco-obstructive lung diseases characterised by cough, production of sputum, chronic inflammation and recurring lung infections. Australian First Nations children experience some of the highest rates of bronchiectasis in the world.

“Early detection and treatment of these conditions in childhood is essential to prevent and slow progression of irreversible lung damage,” Dr Ramsey said.

The project will see the establishment of a new longitudinal surveillance cohort of children with bronchiectasis who are receiving care at PCH.

The children will be invited to join the Western Australian Paediatric Bronchiectasis (WAPB) cohort, to be based within the Respiratory Medicine Department of PCH. Researchers including Dr Ramsey and paediatric respiratory clinician, Associate Professor André Schultz – from the Wal-yan Respiratory Research Centre and PCH – will then follow their progress over a five-year period in a bid to better understand the disease.

There is a desperate need to learn more about bronchiectasis, so we can identify it earlier and ensure children receive the treatment they need.

“This study will deliver critical evidence needed to understand the disease, identify treatment targets, inform clinical care guidelines and practice, and improve health outcomes in children with bronchiectasis in WA and beyond," Dr Ramsey said.

“We also expect the knowledge we gain to pave the way for clinical trials of therapies in early life aimed at changing the trajectory of lung health in children with muco-obstructive lung disease.”

Suicide is the leading cause of preventable death in young Australians under the age of 25, with the subsequent impact on people connected to those who die by suicide also a significant problem. Dr Hill’s previous work has demonstrated that young people who have been exposed to suicide are three times more likely to die by suicide themselves and are significantly more likely than adults to be involved in a suicide cluster – defined as multiple suicides that occur close in space and time.

Young people are 2-5 times more likely than adults to be involved in a suicide cluster.

“The loss of multiple lives to suicide during a suicide cluster is devastating for communities, exacerbating grief and other mental health outcomes and leading to increased need for mental health services, as well as widespread worry about the prospect of further deaths,” Dr Hill said.

Postvention – interventions to promote recovery and prevent suicide contagion and suicide clusters – is a core component of suicide prevention strategies in Australia and internationally, but Dr Hill said there was a lack of evidence on how to avert further suicides once a suicide cluster had emerged.

The research program she will lead, supported by her Investigator grant as well as funding from Mineral Resources Limited, will seek to fill these critical gaps in evidence and develop new tools and strategies for public health and other organisations involved in preventing and responding to suicide clusters.

The program will include longitudinal analysis of national data registries and geospatial statistics to track suicide risk in those exposed to suicide, and development of tangible resources for organisations to use, including a toolkit and comprehensive guidelines.

“Ultimately I hope to transform suicide prevention policy by building the evidence base, identifying who is at risk of suicide contagion and clusters, and building a suite of practical resources that can be implemented and utilised by community stakeholders and decision-makers to avert further deaths in communities impacted by multiple suicide losses,” Dr Hill said.

Both grants will be administered through The University of Western Australia.