Autism researcher a finalist for WA's Australian of the Year 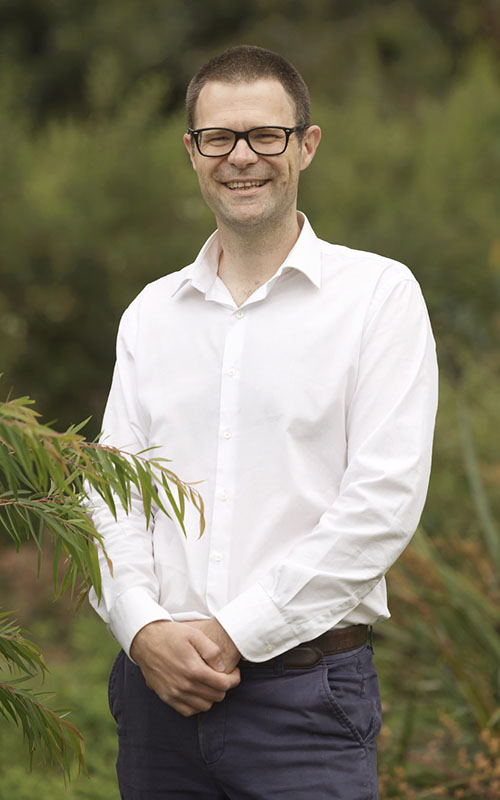 A Telethon Kids Institute autism researcher who has transformed clinical support for children on the autism spectrum in Australia is among four nominees for Western Australia’s 2023 Australian of the Year.

Professor Andrew Whitehouse (Angela Wright Bennett Professor of Autism Research at Telethon Kids and The University of Western Australia and Director of CliniKids) led the development of the first Australian guideline for the diagnosis of autism and, more recently,  the first Australian guideline for supporting autistic children. These landmark guidelines have created major policy reforms and higher standards of clinical support for the approximately 2 per cent of the Australian population who have an autism diagnosis.

Professor Whitehouse also led an international research program that has transformed thinking around how and when autism supports can be delivered. This research found the first evidence that a parent-led therapy applied very early in life could significantly reduce the disability experienced by babies displaying the early signs of autism. The results have prompted a worldwide move towards providing therapies several years earlier than previous clinical practice – ensuring that children on the autism spectrum and their families receive optimal support at the earliest opportunity.

In addition to his advocacy and research efforts, Professor Whitehouse is highly regarded for his science communication. His 60 Second Science autism research video series has had more than two million views, and he has written more than 70 articles for The Conversation in a bid to improve scientific knowledge about child development and transform community perceptions about autism.

His work has been recognised via multiple awards, including a 2017 Eureka Prize, and in 2021 he was named the youngest-ever Fellow of the prestigious Australian Academy of Health and Medical Sciences.

Professor Whitehouse is one of 16 Western Australians – four in each category – named today as nominees for WA’s  Local Hero, Young Australian, Senior Australian or Australian of the Year.

The four category winners from WA will be announced at a special ceremony on Monday, 14 November. They will then join the other state and territory recipients as finalists for the national awards announcement in January 2023. For more information on the Australian of the Year Awards visit www.australianoftheyear.org.au.

CliniKids is Telethon Kids Institute’s first team integrating world-class research with a clinical service for children with developmental delay and/or autism spectrum disorder and their families. By working side by side, our exceptional team of researchers and clinicians, led by Professor Andrew Whitehouse, put the research into practice, providing families with access to individually tailored, holistic supports and the best evidence-based therapies in the world.