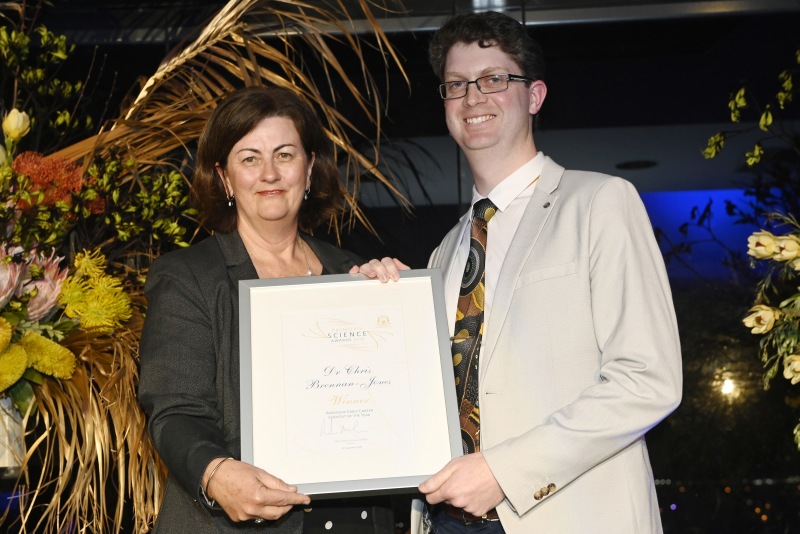 Affecting 650,000 Australian children each year, OM can cause permanent hearing loss if not caught and treated early. Dr Brennan-Jones’ research has shown that more than 50 per cent of Aboriginal children are affected by OM by their first birthday – an unacceptable statistic which has spurred him to focus his work on improving access to health services for these children and their families.

Working in close collaboration with the Aboriginal Community Advisory Group, Dr Brennan-Jones and his team developed the Djaalinj Waakinj Ear Portal, a multi-award-winning telehealth program that is cutting the waiting time for specialist treatment down from two years to just ten days.

The program utilises latest technology to fast-track access to treatment in remote areas and guide changes in clinical practice with local support and guidance from Aboriginal health researchers.

Mr Leon Hayward, Chair of the Aboriginal Community Advisory Group, congratulated Dr Brennan-Jones and said that the Group felt honoured and privileged to be part of this important research.

“Dr Brennan-Jones’ work will have an enormous impact, not just on Aboriginal children but their parents as well, giving them confidence that we have someone genuinely interested in their kids and improving their ear health. His work is leading to better health and better relationships,” Mr Hayward said.

“He always encourages talking with us and seeking our advice, engaging with us as equals and making the Group feel like we have something valid to share. He’s very humble and we admire that in him - it is a big tick to the community to have such a person working in this space.”

Dr Brennan-Jones is a Senior Research Fellow and Head of Ear Health at the Wesfarmers Centre of Vaccines and Infectious Diseases based at Telethon Kids, a senior paediatric audiologist at Perth Children's Hospital and a clinical senior lecturer within the Division of Paediatrics at the University of Western Australia.

This is Dr Brennan-Jones’ second Premier’s Science Award after being awarded the Student Scientist of the Year Award in 2016. 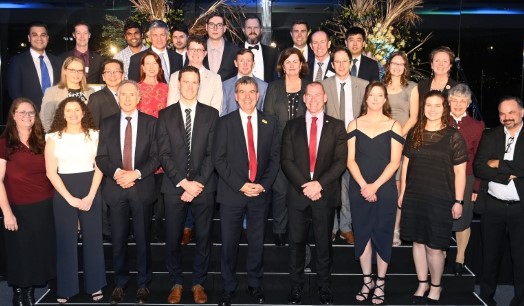 Congratulations also to Telethon Kids researcher Penelope Strauss who was a finalist in the ExxonMobil Student Scientist of the Year category. A PhD candidate and Research Fellow in Youth Suicide Prevention within the Youth Mental Health team at Telethon Kids, Ms Strauss’s research is focused on highlighting and improving the mental health of trans and gender diverse young people.

Congratulations to all the Premier’s Science Awards finalists and winners. Read more about the event here.