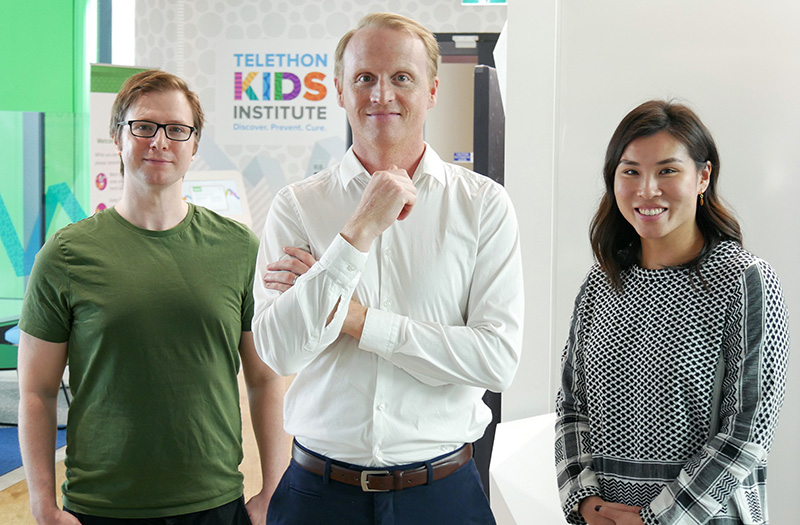 A world-leading research team built to track and tackle one of the biggest global killers – mosquito-borne malaria – has relocated from Oxford University to Western Australia to take advantage of the State’s growing big data talent pool.

The Malaria Atlas Project (MAP), established in the UK in 2005 and now based at Telethon Kids Institute and Curtin University, will use a $12 million grant from the Bill & Melinda Gates Foundation to dramatically amplify its role in the global bid to eliminate the disease, which kills around half a million people – mostly children aged under five – worldwide every year.

The team uses the information to track global progress against the disease and inform global policy, working with the World Health Organization and individual governments to help target control measures and resources in the most effective way.

Although malaria is not a problem in Australia, Professor Gething said the team’s relocation to Perth positioned Western Australia at the forefront of international research tackling an issue that affected half the world’s population.

“In addition, the expertise and tools brought by the team have the potential to make a huge difference to other research already happening in WA.

“We understand how to bring together complex datasets, and harness the power of modern modelling and machine learning tools to map out the patterns of a disease in the population, point to underlying causes, and help target resources.”

Professor Gething said this approach could be applied to multiple child health issues in WA, including infectious diseases such as rheumatic heart disease, skin infections, and ear infections – all of which are major challenges for Aboriginal children.

“We are interested in where and why these are most acute, and how current health services are being accessed by those in need,” Professor Gething said.

“We’d also like to apply our work to non-communicable diseases like obesity and asthma. Again, we want to understand the geography of these growing child health challenges and point to risk factors and mitigation strategies.”

He said other areas where big data and geospatial modelling could help boost local research efforts included the current and future impacts of environmental degradation (such as air pollution) and climate change.

The team has already contributed to efforts to model COVID-19 in Australia and has provided advice to the State and Commonwealth governments, as well as advising the World Health Organization on the likely impacts of the pandemic on efforts to control malaria in affected countries.

Telethon Kids Institute Director, Professor Jonathan Carapetis, said the relocation of the MAP team to Perth reflected the strong and dynamic research environment offered by Western Australia, and would yield dividends for the State for decades to come.

“MAP’s arrival is great news for the WA on so many levels,” Professor Carapetis said. “One of the things which has drawn Professor Gething and his team to the State is the strong pipeline of talented young people here, whose high end data analytics and computational skills are exactly what the team needs to grow its work.

“As the team grows it will provide employment for and harness the skills of the next generation of data and computational scientists, but it will also place WA at the forefront of vital international research in the battle against malaria.

“This kind of research really is the way of the future, and it offers enormous potential for us to take new approaches to other areas of child health research right here on our own doorstep.”

“The Bill & Melinda Gates Foundation has been a wonderful supporter of our research for many years, and instrumental to the impact we’ve been able to achieve,” he said.

“This new grant gives us the resources we need to generate crucial evidence that can improve malaria control and, ultimately, play our part in saving lives around the world.”

*Professor Gething is the Kerry M Stokes AC Chair in Child Health and Professor in Epidemiology at Curtin University and Telethon Kids Institute, in partnership with the Channel 7 Telethon Trust.