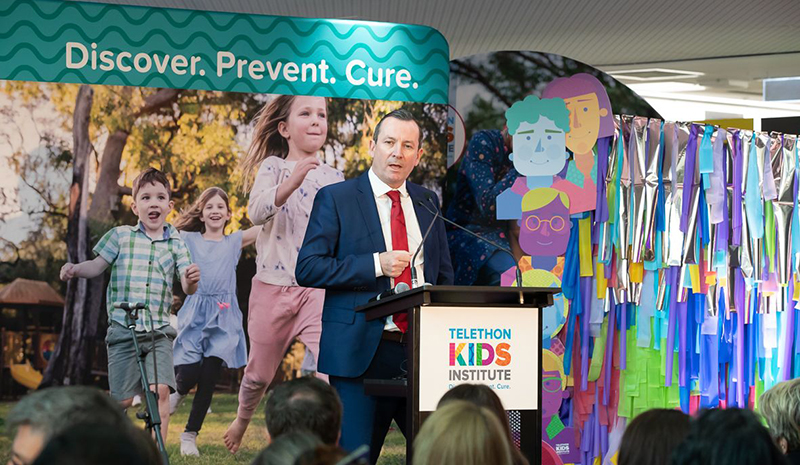 Budding young scientists can now gain an insight into the world of research thanks to Telethon Kids Institute’s newly opened Discovery Centre.

The centre, located on the ground floor of the Perth Children’s Hospital, brings together science and health research in a fun and educational way.

Through games, children will be able to explore the human body and learn what researchers are doing in the Institute’s laboratories.

The Discovery Centre, built thanks to a $1.5 million Lotterywest grant, was officially opened by Premier Mark McGowan at an entertaining ceremony during which the Premier tried his hand at some messy science.

Mr McGowan admitted he was no science aficionado but said he understood its importance to the State’s future and was pleased to support an initiative which would help make science exciting and appealing to children.

“This new Discovery Centre makes science fun, and making science fun is an important part of getting people engaged and involved in it,” he said.

The centre features six digital interactives offering more than 25 different games, as well as a range of tactile exhibits.

One of the games encourages children to imitate immunotherapy, working together to help white blood cells defeat cancer cells. Another allows children to find out more about health by viewing the human body using medical scanning techniques, such as X-ray, ultrasound or magnetic resonance imaging. 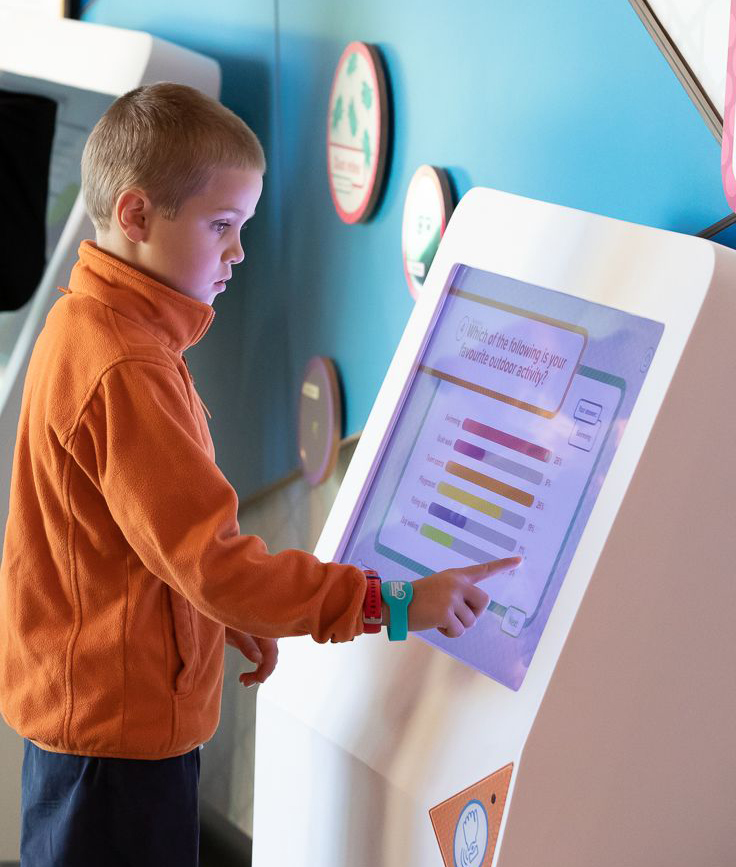 “The Discovery Centre introduces kids and their parents to the world-class research being done right here in Western Australia – research that is making a real difference to the lives of kids all over the State and indeed the country,” Professor Carapetis said.

In a unique innovation, visitors will be offered a personalised journey through smart wristbands which reflect the areas of research they’re most interested in, as well as any access requirements they may have. The bands will log what level they reach on games, allowing them to pick up where they left off and continue their science and health learning journey when they next visit the centre.

Professor Carapetis said the centre, which is open to anyone to visit, was meant for parents as much as kids – enabling them to learn more about the medical research being undertaken at Telethon Kids.

“The Discovery Centre has been designed as an opportunity to communicate our work to the community, and we want people to come back and enjoy it time and time again,” he said.

Find out more about the Discovery Centre