Important things you should know about this year’s flu season

Every year the flu season signals its arrival with an abundance of coughs and colds spreading through schools, shopping centres and workplaces.

But the news headlines about the seemingly high number of life-threatening cases of the flu in Western Australia this winter have been hard to miss – reported by many to be the worst flu season in the past decade.

Questions are being raised by worried parents – why does this year’s flu season appear to be so dangerous? Have the strains mutated? Who is most at risk? And what can I do to protect my family from the flu?

“It’s impossible to hide from the germs and nasty bacteria that circulate throughout winter but the first and best line of defence is having the flu vaccine – not just to protect yourself but also those around you,” Professor Richmond says.

“While most people feel unwell for a week or so, some groups of people who catch influenza are at high risk of developing severe complications and require urgent treatment in hospital.

“The elderly, pregnant women and people with chronic health conditions are most vulnerable to the flu, as well as young children whose immune systems are still developing – but anyone can get a serious flu infection or pass it to someone else, so I can’t emphasize enough how important it is to have your family members vaccinated.”

Read on as Professor Richmond covers the most common concerns about this year’s flu and why it’s not too late to vaccinate.

Is this year’s flu strain more deadly than usual? Why?

“It is fair to say the number of severe flu cases we have seen so far this season is more than expected. The most difficult thing about the flu is that is impossible to predict – each season is different in terms of dominant strains, changes in the virus, number of cases and severity of illness that the virus causes,” Professor Richmond says.

“There are two types of the influenza virus, type A and type B, and each type is broken down to two different sub-types. For influenza A, the two types are H1N1 and H3N2. This year, it looks like the H3N2 strain is causing most of the cases.

“While early signals do not suggest the H3N2 influenza strain causes more severe infection, there is just much more around than normal and we are seeing more cases in the community, in general practice and in hospitals as winter goes on.

Has this year’s flu vaccine mutated?

“Unfortunately, flu viruses are continually mutating – this is the nature of influenza. This means immunity acquired from a previous infection or vaccine may not provide the protection you need against this year’s flu,” Professor Richmond says.

“The 2019 flu vaccine contains similar strains to those circulating at the moment and offers the best protection we have against the flu.”

Why are some people more at risk of complications from the flu?

Many people don’t realise the true danger of the flu – a serious infection can lead to complications like pneumonia, inflammation of the heart, brain, or muscle, and failure of vital organs due to the flu virus itself and complicating infections. 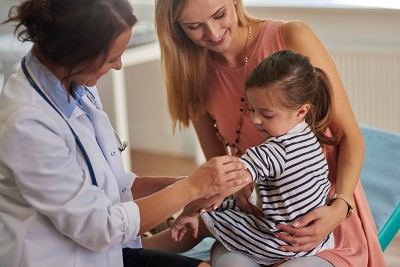 “The younger you are, the higher the risk of being hospitalised and affected by the devastating complications of flu, and this is because the first exposure to the virus is most likely to lead to infection, striking when the immune system is still developing strength,” Professor Richmond says.

“For the elderly, pregnant women and those with chronic health conditions, their immune systems may be compromised, making them more susceptible to influenza as their bodies struggle to fight off the infection.”

Why are people still getting sick with the flu when they have had the vaccine and is it still worthwhile getting the vaccination?

The flu vaccine is carefully formulated to provide a shield of protection against the most prevalent strains of influenza circulating each season. However, influenza is unpredictable and changes between seasons, which means it is impossible to provide 100 per cent coverage against the varying strains.

Professor Richmond says the vaccine does provide much better protection compared to not having it at all. It can also significantly reduce symptoms in those who still get sick and help reduce the spread of infection throughout the broader community.

“The flu vaccine is available for babies from six months of age onwards, and women are advised to receive the vaccine during pregnancy to provide protection to newborns in their most vulnerable first few months of life,” Professor Richmond says.

“Parents should also be aware that children need two doses of the flu vaccine in the first year they receive it, given one month apart, to ensure they build up maximum immunity.”

How do I know when I should take my child to emergency?

“Always take your child to the GP or the local hospital department to be checked out if you think they are particularly unwell, and most especially if you notice they are having trouble breathing, have high fevers or look pale and lethargic with poor appetite,” Professor Richmond says.

Click here for more information about the signs and symptoms of influenza.