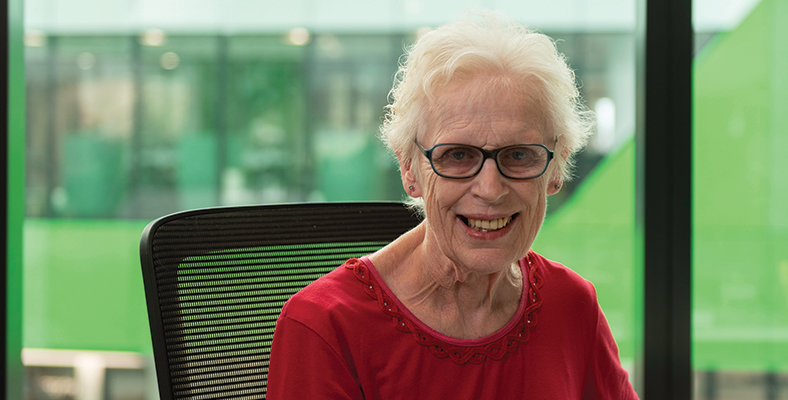 A 1970s initiative dreamt up by former Telethon Kids Director Professor Fiona Stanley, which saw midwives begin collecting key data about all births in Western Australia, has been crucial to new findings about stillbirth and pregnancy published in the prestigious international journal Lancet.

Head of Child Disability at Telethon Kids, Associate Professor Helen Leonard, is part of a West Australian perinatal epidemiology group, some of whose members collaborated with researchers in Finland and Norway for the world’s first large-scale study into the link between stillbirth and subsequent pregnancy.

The study involved 14,452 births, including 3,521 from Western Australia. The Australian data was collected from 1980-2015 through the Western Australian Midwives Notification System, under which midwives began recording information about mothers’ pregnancies and births from 1975 onwards.

“Now that data collection is absolutely routine, that information has been sentinel to a lot of studies  including this one,” Associate Professor Leonard said.

She said while women were generally advised by their doctors that it was best to wait at least two years before conceiving again after a live birth (sooner after a miscarriage), guidelines on the appropriate interpregnancy interval following a stillbirth were vague.

The new research showed there was no evidence to support the notion that waiting was beneficial, allowing doctors to provide clearer advice and providing reassurance for women who intentionally or unexpectedly became pregnant again soon after experiencing stillbirth.

“I was surprised that such a high percentage of women did conceive relatively soon after, and I was very happy about the fact that conceiving relatively soon had no worse impact on the outcome of the next pregnancy, so it’s a really good news story,” Associate Professor Leonard said.

She said a letter from a mother, who was looking to conceive again after a stillbirth and had read the research, summed up the significance of the findings.

“Women in my situation usually never get any answers as to why they lost their pregnancy, and it seems like such a murky and difficult area that nobody wants to touch,” the letter read.

“So, there is little to no research or information for us women who want to make an informed decision about how to proceed with our lives and our fertility.

“This gives me hope that proceeding with a future pregnancy when I feel ready will be safe (regarding concerns on inter pregnancy interval) and will help to ease my anxiety moving forward.”