Imagine a future where a child could be vaccinated against a virus at birth, and that treatment was not only highly effective in almost all babies, but was also the only vaccination necessary for that disease for the child’s entire life. The Telethon Kids Institute is now part of an ambitious, yet achievable, global bid to produce such one-shot vaccines.

According to the Telethon Kids Institute’s newest senior researcher, Professor Tobias Kollmann, one-shot vaccines are within reach – if only the amount of funding needed for the research could be made available.

“We know what we have to do, and we know how to do it: the only thing keeping us from realising this dream is securing the necessary funding,” Professor Kollmann said.

A world leader in infectious diseases research, Professor Kollmann recently relocated to Perth from Canada – bringing his research team with him – to spearhead the Institute’s role as the first international hub of the Human Vaccines Project.

Modelled on the successful Human Genome Project – which revolutionised biomedical research after bringing together leaders in their field to sequence the human genome – the Human Vaccines Project draws together top researchers from around the world to collaborate on comprehensively sequencing the human immune system, and determining the rules for long-lived protective immunity across globally diverse populations.

Professor Kollmann said the project aimed to attract $1-2 billion in funding over 10 years to decipher how vaccines work. That knowledge would be the start of a ‘vaccine revolution’ and be translated into the next generation of vaccines, targeting difficult infectious diseases like TB, HIV and malaria, and even vaccines for non-communicable diseases like cancer.

“It’s a very, very, ambitious goal given it’s even more complex than the Human Genome Project, but when successful will transform the future of human health,” Professor Kollmann said.

“The human genome consists of about 20,000 genes. Analysing the human immune system is a million times more complicated than that – yet we have the tools to do it! The human health benefits would be monumental.”

Telethon Kids Institute Director, Professor Jonathan Carapetis, said the Institute’s goal of improving kids’ health would be significantly boosted thanks to its role as a partner in this ground-breaking international initiative.

“This is an example of some of the best research organisations in the world coming together and inviting us to come on board to lead a particular component of the work,” Professor Carapetis said.

“It makes the most of our expertise in understanding the immune system and engaging populations at highest risk of disease, like in Papua New Guinea and Aboriginal kids in Australia, which is instrumental in making sure we can understand how all kids can most benefit from vaccines.”

Professor Kollmann said vaccination had been one of the most successful medical interventions to date. However, scientists still didn’t know exactly how vaccines worked and why they worked for some people and not others. Flu vaccinations for example, only worked as desired in up to half the population.

“It’s an odd thing to say because we know they work, but we don’t understand how they work,” he said.

“That’s a difficult message to package, especially at a time when in Australia and other countries, infectious diseases haven’t been at the forefront and more and more people are becoming vaccine-hesitant, or even anti-vaccination.

“Then we have measles outbreaks all over the world because of increased resistance to vaccinations in children in particular – so the downside is immediately palpable and we know this is a dangerous dynamic.” 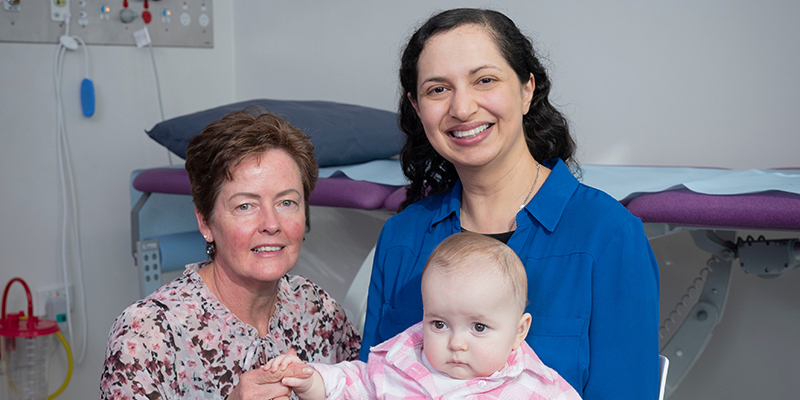 Telethon Kids is one of several academic partners in the Human Vaccines Project, with others including the Vanderbilt University Medical Center, University of California San Diego, The Scripps Research Institute, J. Craig Venter Institute and La Jolla Institute for Allergy and Immunology.

Professor Kollmann said that as a regional hub for the project – the only partner outside of North America and the only one with a paediatric research focus – the Institute would make an invaluable contribution to the project’s mission of ‘decoding the human immune system to transform human health.’

“This will not only make a significant contribution to the development of vaccines and immunotherapies against infectious diseases, but also potentially cancers,” he said.

The group will utilise cutting-edge technologies, coupled with ground- breaking bioinformatic approaches, to help determine how and why an individual’s immune system responds the way it does when challenged.

“This understanding will underpin our uncovering of the key mechanisms crucial to the infant response to vaccine or infection,” Professor Kollmann said.

“Given that millions of infants die each year from infection or lack of vaccination, the importance of this work cannot be overstated.”

He said the initiative would bring Telethon Kids and Western Australia to the forefront of impactful and prominent international medical research efforts.

The lab’s relocation to Perth also adds to the growing momentum around systems and computational biology, currently being fostered at Telethon Kids and elsewhere in WA.

About the Human Vaccines Project

The Human Vaccines Project is a bold public-private initiative that aims to decode the human immune system to make the next leap forward in human health. By cracking the code to human health, the Project will enable the creation of next-generation vaccines, diagnostics, and therapies across diseases.
To learn more, visit www.humanvaccinesproject.org and follow @HumanVacProject on Twitter.