Skin infections flying under the radar 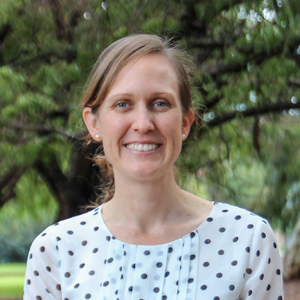 Telethon Kids Institute researchers have confirmed that skin infections in many Aboriginal children across northern Western Australia are going unrecognised and under-treated as clinicians focus on conditions perceived as more serious.

This was despite the fact that untreated skin infections such as scabies and impetigo (school sores) could lead to life-threatening conditions such as kidney disease, rheumatic heart disease and blood poisoning.

“We know from previous studies that Aboriginal people in the north of Australia have some of the highest rates of skin infection in the world, yet we’re not always seeing this being recognised at the clinical level or reflected in hospital records,” Dr Bowen said.

“When Aboriginal children are assessed at hospitals, it’s often for a more acute condition like pneumonia or gastroenteritis, and that tends to be what the clinicians focus on. Also, skin infection can be so common in these communities it is regarded as normal, both by health workers and the community.

“It means the underlying skin problem isn’t always noticed or treated – paving the way for serious complications later on.”

Dr Bowen said it was something researchers had suspected but couldn’t previously demonstrate with solid data.

“Now, after conducting a clinical study where we assessed new hospital admissions and compared the results to past records, we have the data to back it up – and that means we’re in a better position to do something about it.”

The research team assessed 158 children (predominantly Aboriginal) admitted to Broome Hospital and Hedland Health Campus for any reason, checking them for scabies and impetigo to find out how many kids really have skin infections.

They compared this with a review of charts for 77 children admitted to the same hospitals a year earlier, to find out how many kids were reported to have skin infections.

“The findings of this study have significant implications for health policy in regions with high prevalence of scabies and impetigo, including communities across northern Australia,” Dr Bowen said.

“We don’t want to blame doctors or Aboriginal communities. We know there are all sorts of issues that contribute to high rates of skin infections, including poor infrastructure, housing and environmental health conditions.

“Rather, we want to recognise this as a big problem that we can all address by improving training and awareness, and providing tools to help doctors and other health care workers better recognise and treat skin infections early on.”

A paper detailing the study, Are scabies and impetigo ‘normalised’? A cross-sectional comparative study of hospitalised children in northern Australia assessing clinical recognition and treatment of skin infections, was published on 3 July in the PLOS journal, Neglected Tropic Diseases.

The Telethon Kids Institute is one of the largest, and most successful medical research institutes in Australia, comprising a dedicated and diverse team of more than 700 staff and students.