A new partnership between Telethon Kids and the Minderoo Foundation is trying to change the ways Government and communities address deep disadvantage and neglect.

There’s little question that existing service systems and policy settings in Australia have failed to make the change needed to improve the developmental status of our most disadvantaged children, with the gap continuing to widen between the most advantaged and least advantaged.

It’s a gap that a new partnership between the Telethon Kids Institute and Minderoo Foundation, known as CoLab – Collaborate for Kids, is determined to address.

As CoLab Director Professor Donna Cross describes it, the partnership brings together the best minds around the world and Australia to combine what we know about the importance of the first 1000 days of life.

Professor Cross said the funding provided by Minderoo had created a unique opportunity for Telethon Kids to accelerate the implementation of practical and relevant early childhood research throughout Australia for those who need it most.

“We want to help deliver an early childhood system that is developed collaboratively, informed by evidence and driven by leadership with long-term thinking,” Professor Cross said.

“Our mission is really novel – trying to mobilise and bring policymakers on board with researchers and practitioners.

“This is a new role for researchers where we work alongside policymakers rather than conduct studies from the outside.

“It is clear we need to work with government in a different way because improving the futures of our children requires non-traditional partners working together over a sustained period of time.”

As its name suggests, collaboration is at the core of how CoLab will work. 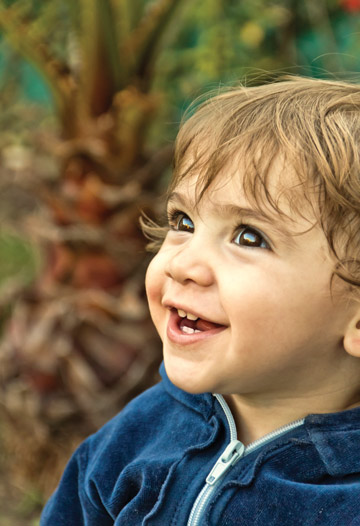 In 2016, the CoLab team consulted extensively with stakeholders and undertook research to develop a strategic plan to guide its work for the next five years.

A scoping study was undertaken to collate all Telethon Kids research activities conducted over the past five years for children from pre-birth to eight years of age. Findings indicated that while a significant amount of research was being conducted or planned, several critical gaps existed for economically disadvantaged families and their children – offering potential opportunities for CoLab.

A number of consultation processes were also undertaken, including a Strategy Summit involving more than 70 participants from the social services, early childhood, education, research, government and philanthropic sectors, as well as stakeholder meetings and a Delphi survey.

CoLab is also collaborating at a global level, evidenced by a series of events in March featuring one of the world's leading child development experts, Dr Jack Shonkoff from the Center on the Developing Child at Harvard University.

As part of the recent announcement by the Minderoo Foundation of additional funding, CoLab has commenced partnering with innovative and leading research centres around the world including the Harvard Center on the Developing Child.

“These partnerships will enable us to take what we’re learning to scale and allow us to pursue a bipartisan cross-government long term commitment to turn around the sorts of difficulties that nearly one in five children could potentially experience in Australia,” Professor Cross said.

CoLab was made possible by Minderoo’s founding commitment of AU$1m annually. Minderoo recently announced an additional $75 million investment in early childhood development, which provides an opportunity to expand the work CoLab is already doing and pursue unprecedented new partnerships, such as the one with the Harvard Center.

“Minderoo’s investment in CoLab represents our belief that the translation of evidence to practitioners, policymakers and families is just as, if not more important, than the generation of new knowledge itself. Evidence without translation is a lost opportunity.

“By ensuring every child starts their education with the social, emotional and physical skills to learn, we will build a stronger, connected and more vibrant Australian community.”