Two Telethon Kids researchers working to improve the health and wellbeing of Aboriginal children and their families have both been honoured at the Public Health Association Australia awards.

Associate Professor Roz Walker was awarded a lifetime achievement award, which recognises her significant contribution to community empowerment and development, research and policy translation and public health to improve maternal health and child development outcomes in WA over the last 30 years.

Head of Aboriginal Health at the Telethon Kids Institute Glenn Pearson congratulated both Roz and Bree on well-deserved awards.

"It's fantastic to see two of our strongest advocates for Aboriginal families recognised," Mr Pearson said.

"Both Roz and Bree are working on the front line of Fetal Alcohol Spectrum Disorder research and are dedicated to ensuring their work leads to tangible real-world solutions. Most importantly, they work in partnership with the communities they are trying to help."

"I congratulate them on their achievement and thank them for the important work they are doing to improve the lives of Aboriginal kids and their families." 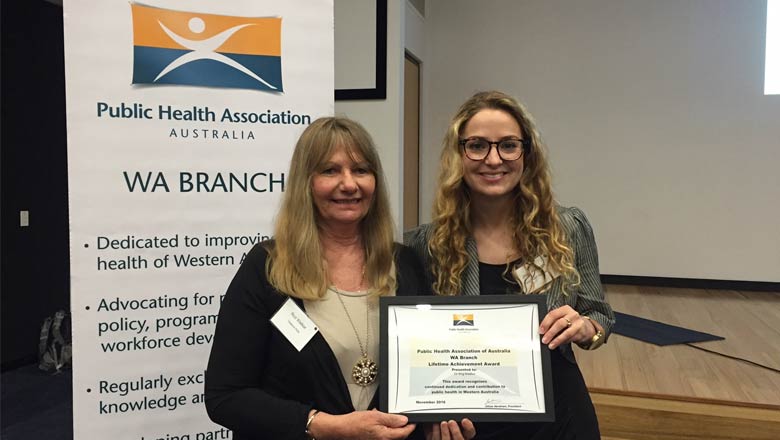 Associate Professor Roz Walker, Head of Aboriginal Maternal Health and Child Development is working  on several projects which in combination aim to address the social and cultural determinants that impact on Aboriginal maternal, child and adolescent outcomes. She has been involved in research, evaluation and education with Aboriginal communities building local capacity within both Aboriginal and non-Aboriginal organisations for thirty years. Roz is a Principal Investigator with both the University of Western Australia and the Telethon Kids Institute. She is a Chief Investigator on several national ARC Indigenous Discovery and NHMRC Project grants, and other competitive grants totalling more than $7 million. Her key areas of interest include developing transformative and decolonising strategies to enhance maternal, child and adolescent health and wellbeing at individual, organisational and community levels as well as promoting system level change. Roz serves on a number of high level steering committees and national Indigenous research networks.

Her expertise and experience in Aboriginal education encompasses teaching, curriculum development, academic coordination at undergraduate and postgraduate levels in Aboriginal community management and development and early years education in remote areas across Australia. Roz developed an innovative Post graduate program for General Practitioners conducting research and evaluation through the Community Health Research Training Unit at UWA as well as supervising International postgraduate students in the Philippines, Hong Kong and Vietnam. She has extensive experience in applying Community-based Participatory Action Research (CPAR) methods and ethical conduct in translating research into policy and practice and to achieve health and wellbeing outcomes.  Over the past decade Roz has been involved in work in the Pilbara largely funded by BHP Billiton that has resulted in significant progress in improving early years outcomes. In particular, the 'Starting on Track' project, which involved implementing the Australian Early Development Index (AEDI) survey across the Pilbara in 2007 and the Indigenous Adaptation of the AEDI in 2008 and the 2010 joint partnership between the Telethon Kids Institute, BHP Billiton and World Vision Australia to make early investments to improve maternal and child health and increase opportunities and experiences for children in East Pilbara communities. This work  has resulted in measurable improvements in the emotional, intellectual, physical and social development of Aboriginal children at the start of school.Maternal Health and Child Development is working

Roz co-edited the first and second editions of the ground-breaking book: Working Together Aboriginal and Torres Strait Islander Mental Health and Wellbeing and led the highly effective communication and dissemination strategy which has seen over 150,000 hard and online copies of the book distributed in Australia and internationally. In the last ten years Roz has published 18 peer reviewed articles, 5 books, 14 Chapters and 25 research reports (commissioned and peer reviewed) in Aboriginal maternal and child health and mental health and wellbeing.  A report Young People's Experiences with Health Services - Final Report (2014) commissioned by the Commissioner of Children and Young People is informing  the WA Youth Health Policy due to be finalised in the near future. Most recently she has lead the Institute's contribution to the Aboriginal and Torres Strait Islander Suicide Evaluation Project Report, and contributed to the historical issues associated with Royal Commission into Child Abuse. 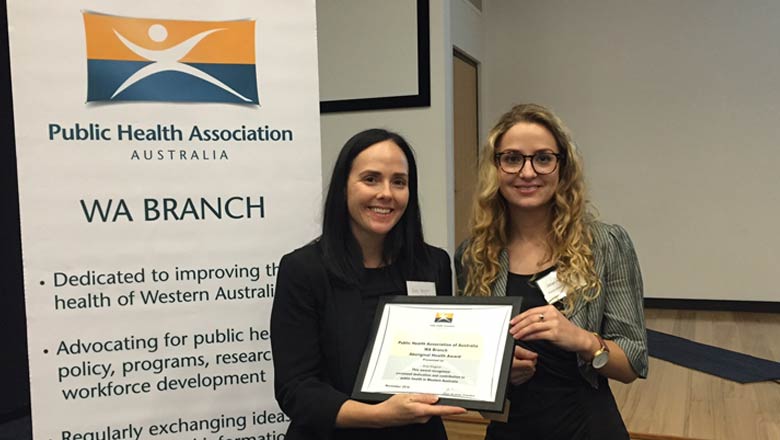 Prior to commencing as a senior research officer at Telethon, Bree lived and worked in the remote Kimberley community of Fitzroy Crossing. She held the roles of teacher, primary school deputy principal and student services coordinator at the local district high school before furthering her passion for working in partnership with the local community by leading the establishment of the Baya Gawiy Children and Family Centre. In this role, Bree built her capacity to work with a range of stakeholders to develop programs and lead initiatives to close the gap of disadvantage between Aboriginal and non-Aboriginal children in education and health.

By joining the team at Telethon Kids Institute as the Alert Program® Study Coordinator in the Alcohol, Pregnancy & Fetal Alcohol Spectrum Disorders Research Group, Bree will continue working closely with the Fitzroy Valley community to coordinate a study which will evaluate the effectiveness of the Alert Program® at improving primary school aged children's self-regulation and executive functioning skills.