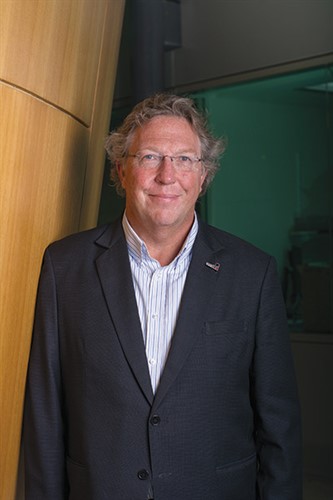 Professor Stick established and leads the Australian Respiratory Early Surveillance Team for Cystic Fibrosis (AREST CF), an internationally collaborative research program based at the Telethon Kids Institute that has made significant progress in understanding the early pathobiology of CF lung disease.  The AREST CF program is a world leader in the assessment, treatment and prevention of cystic fibrosis lung disease in children.

Professor Stick is also Head of Respiratory Medicine at Princess Margaret Hospital (PMH) for Children and a Professor in the School of Paediatrics and Child Health at the University of Western Australia.

Professor Stick said he was honoured to be recognised with the Talamo Award.

"This is a fantastic honour to be recognised by the world's leading CF organisation and really demonstrates the pivotal role our research is playing in developing new treatments to help children with CF live longer healthier lives."

"We couldn't do this research without the support of our wonderful CF families," said Professor Stick.  "Each year we collect information from over 1900 clinic visits from our CF kids who are aged from 3 months to 6 years.  That's 95 per cent of all kids with CF in WA."

Professor Stick said the data his team has collected from study kids over the years have demonstrated that lung disease occurs much earlier than previously thought, even within the first few months of life so by the time a child with CF reaches six years of age, most already have progressive lung disease.

"If we are to effectively manage the condition we need to develop treatments that are effective before children reach this age," said Professor Stick.

"If we can prevent lung disease earlier in life, children with CF will live longer and more fulfilling lives."

"My team is committed to reducing lung disease at 6 years of age by 50 per cent which could extend the life expectancy of kids born with CF by 20 years."

The Talamo Award is one of the highest honours given by the Cystic Fibrosis Foundation and recognises individuals who have spent their careers researching and caring for people with CF, and whose contributions have significantly impacted the clinical treatment of this disease.

Two other Australians were also presented with the Talamo Award - Clair Wainwright from the Lady Cilento Hospital in Brisbane and Professor Peter Sly from the Queensland Children's Medical Research Institute, a former staff member of both Telethon Kids and PMH.