Melissa Horner feels incredibly blessed that her four year old son Odin is healthy but she knows many other families aren't so lucky.

That's why Melissa has signed up Odin for a study at Perth's Telethon Kids Institute that will help kids with cystic fibrosis.

"You've got to have healthy subjects to decide what the levels are to base your research on and if we can help one child then that's worth it," Melissa says.' 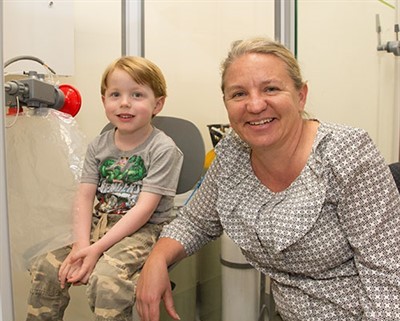 Melissa enrolled Odin in the study after attending Toddlerfest at Scitech.  Here she met researchers who were recruiting healthy kids between the ages of 0 and 10 with no underlying respiratory disease such as asthma and who were not born pre term, to participate in research studies.

"It's only an hour out of our life, twice a year," says Melissa "A small contribution don't you think?"

The results are then compared to kids with cystic fibrosis - the most common life threatening and life-shortening genetic condition to affect children. 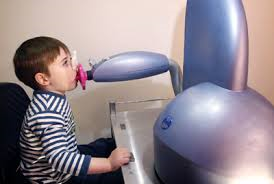 "By also collecting this information from healthy children it will help us better understand lung function in children with cystic fibrosis and help us investigate non-invasive ways of monitoring lung disease."

Melissa said the whole process was incredibly easy for both her and Odin.

"If we can contribute to any child having a better future and not being sick and not having invasive treatments, then yes it's worth it. As long as it's not invasive for Odin then I am quite happy to contribute," she says.

All healthy participants also get a lung function certificate and a show bag with some Telethon Kids toys inside.