Size is no limit to strength

Monarchs are unique among butterflies and indeed the animal kingdom, there is no other animal as small or as delicate that migrates as far as the Monarch. Measuring only 9 cm and weighing about the same as a paper clip the Monarch migrates thousands of kilometres, yet lives only 6 months.

A parallel between a child and a butterfly is not one usually drawn. But for children battling a brain tumour the scale of what lays ahead when they themselves are so delicate and small seems to fit with the analogy of a Monarch.

Ethan Davies is one of these brave little battlers. He is only four yet in his short life has faced more challenges than most adults could even comprehend, showing strength beyond his years. 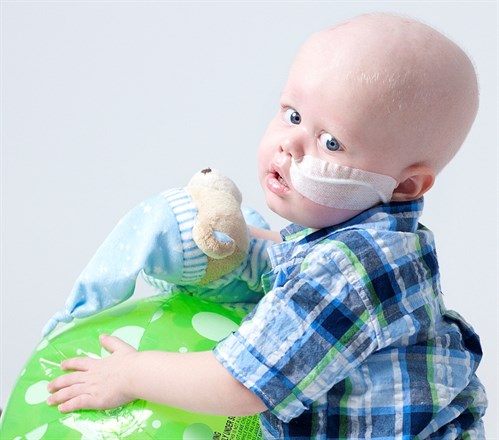 Ethan's dad, Shannon, says he is constantly amazed by the resilience and determination shown by his son.

Ethan was not even two when he was diagnosed with a rare type of brain tumour known as an ependymoma. For Ethan to have any chance of surviving to his third birthday the tumour had to be removed.

In the first stage of his treatment Ethan endured a staggering six operations to remove as much of the tumour as possible and address various complications, followed by seven weeks of chemotherapy and a further seven weeks of radiation.

"Under the effects of chemotherapy, Ethan's beautiful blonde hair - only just regrown after being shaved for his brain surgery - fell out," Shannon said.

"The drugs that he was on were so toxic that we had to change his nappies with rubber gloves. We worried constantly that he would inhale his own vomit and aspirate, which on occasion he did. There seemed to be an endless process of complications and setbacks."

After Ethan's nine-hour tumour resection, he needed morphine just to turn over in bed.

But little Ethan battled on. He became stronger and his parents were eventually able to take him home while he completed the rest of his chemotherapy as an outpatient.

When the chemotherapy came to an end his parents were overjoyed to learn that scans of Ethan's brain showed no visible tumour. Ethan's strength continued to improve and over several weeks he learnt how to sit, crawl, stand and walk for the second time.

"I am so proud of the way he has tackled, and reached, each of those milestones," Ethan's father Shannon said. Every year in Western Australia 20 children are diagnosed with a brain tumour and, just like Ethan, they begin the battle of their life. Dr Nick Gottardo, one of Ethan's doctors and head of the brain tumour team at the Telethon Kids Institute says the courage and determination of the kids he treats constantly amazes him.

"These kids go through so much. From the moment they are diagnosed with a brain tumour their world turns upside down." Dr Gottardo says although survival for children with brain tumours has improved over the past 30 years, the rates for the past decade have stagnated well below that of other childhood cancers.

"There is a lot of work to be done to improve treatments for kids like Ethan," Dr Gottardo said. "There is an urgent need to find more effective and less harmful treatments."

"At the moment, our best treatment is also our worst treatment, in that radiation treatment is our best chance of keeping kids alive but with often harmful long term side effects," Dr Gottardo said.

To help raise the profile of brain tumours, particularly ependymoma, hundreds of Monarch butterflies will be released in Forrest Place on April 10 to coincide with the third annual Ependymoma Awareness Day.

Ethan's parents, Shannon and Christie-Lee, are organising this year's event, they hope to raise funds for the Ethan Davies Scholarship for Brain Cancer Research, an annual scholarship they established in partnership with the Telethon Kids Institute to support childhood brain cancer research.

They say the butterflies symbolise hope for kids battling brain tumours and serve to highlight that courage and determination often comes in small packages.