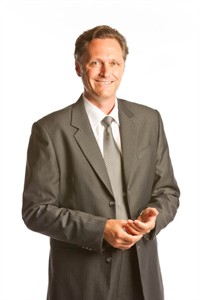 Board Chairman, Mr John Langoulant, said Professor Carapetis was a standout candidate in the international search for a new Director ahead of the retirement of Founding Institute Director Professor Fiona Stanley at the end of this year.

"Jonathan has an outstanding record as an Institute Director, researcher and clinician, combined with a deeply held passion to improve child health,' Mr Langoulant said,

"Given his broad experience, he is not only highly qualified for the position, he has demonstrated the leadership skills and vision we expect in a Director of an Institute like ours that has such a strong connection with the WA community."

Since 2006, Professor Carapetis has been Director of the Menzies School of Health Research in Darwin where he forged new directions in research and training to tackle the big problems in Indigenous health.

Professor Carapetis was named as Northern Territory Australian of the Year for 2008. He has been named as one of Australia's top 100 brains in Cosmos magazine, selected in the top ten in Medicine and Health in the Bulletin Magazine's 'Smart 100' list, and attended the Prime Minister's 20:20 summit in Canberra in 2008.

Professor Carapetis said he was honoured to be entrusted with the Director's position at such a highly renowned organisation.

"I'm looking forward to working with the outstanding staff and students at the Telethon Institute to build on its very strong foundation," Professor Carapetis said.

"I'm very committed to ensuring that the Institute stays at the leading edge of child health research and sees the results of its work quickly translated into more effective treatments, preventative strategies and policies to improve the health and well-being of all children.

Retiring Director Professor Fiona Stanley said she was delighted by the appointment.

"Jonathan has outstanding credentials as both a researcher and a leader. The expertise he brings from his time in Darwin will be a great asset to the Institute and further enhance our capacity, particularly in Aboriginal health research and infectious diseases - two areas which account for some of the greatest burdens in improving child health."

Mr Langoulant credited Mr Michael McAnearney from Gerard Daniels who interviewed candidates from Europe, North America and around Australia in an extremely thorough and professional process.

Professor Carapetis will take up the position in July 2012. Professor Stanley will continue with the Telethon Institute as Patron and a Chief Investigator on a number of research grants. The Institute's Director of Academic and Research Services, Professor Moira Clay, will be Acting Director in the interim. 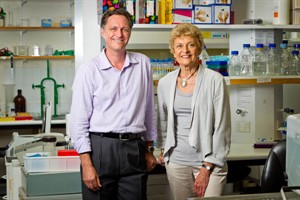