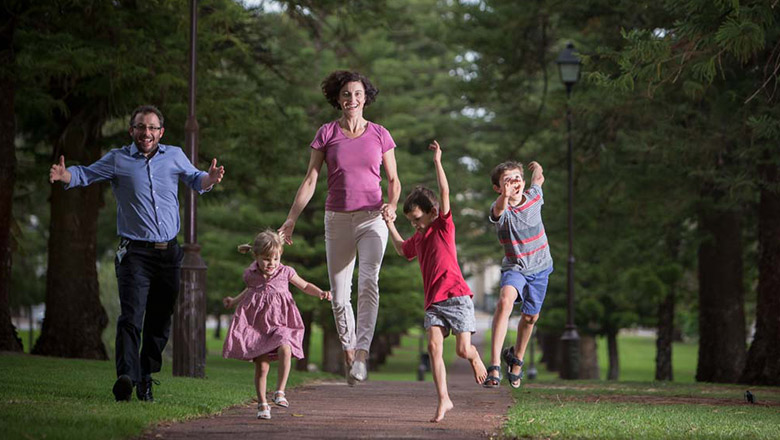 It was an outbreak of a highly infectious disease that left the local hospital overrun with sick children. Harried staff were struggling to cope. There were many frightened parents too - some who had been forced to travel hundreds of kilometres to unfamiliar towns, in the hope of receiving life-saving treatment for their littlies.

If it sounds like a scene from Dickensian England, it's not. The disease was gastroenteritis. And this health emergency took place in modern Australia, just a few years ago.

It left an indelible impression on Dr Tom Snelling, now a specialist Paediatric Infectious Diseases physician, at Telethon Kids Institute. "That really pricked the desire to do something about these outbreaks," he says. Now, a Telethon Kids collaboration with one of Western Australia's most important companies is also working towards the same aim.

In 2014, Wesfarmers committed $5 million over four years to Telethon Kids' research. Within a year, the Wesfarmers Centre of Vaccines and Infectious Diseases at the Telethon Kids Institute had become a national leader in paediatric infectious diseases research.

"It really makes me realise that the corporate sector has a role to play in ensuring we're creating the country we want to live in," says Kate Chaney, Wesfarmers' Sustainability and Community Partnerships Manager.

The contribution is significant and appreciated. But how Telethon Kids is using it, is really smart. In Australia, the biggest "pot" of money for research comes from the Federal Government's National Health and Medical Research Council. Every year, about $1 billion dollars goes towards research projects across the country. Competition is fierce, and only a very small percentage of applications are successful.

Telethon Kids is using some of the Wesfarmers' funds to collate extra data to back up its NHMRC applications - spending a little, to attract a lot more, if you like. It's called "leveraging" and so far, the results have been stellar.

"Our grant applications over the last couple of years have had about a 70 per cent success rate," says Tom Snelling, "compared to the background average of 15 per cent or less."

"Seeing that our contribution has really been grown, and we're getting a lot of bang for our buck in terms of the actual outcomes - that's really important to us," says Kate Chaney.  "That our partners are working in a smart way to maximise the limited resources that they have."

And that means more investigations into the causes - and better treatments - for infectious diseases. Conditions like rheumatic heart disease, whooping cough, pneumonia and gastroenteritis, which remain the most common causes of death in young children.  Worldwide, they kill 10 million kids under five years of age, every year.

Wesfarmers' funding has also been invested in infrastructure to support vital trials. "Clinical trials provide the best evidence for new antibiotics and new vaccines," says Tom Snelling.  "If you have that background infrastructure, then it is possible to put in grants to do projects that otherwise would be prohibitively expensive to run."

While pharmaceutical companies will back research where there is a likelihood of their investment being repaid, that doesn't cover every infectious disease. "For things like rheumatic heart disease which mostly only affects people in the developing world and indigenous populations, it's a large problem but it's an area where it's difficult to guarantee companies a return on their investment" says Snelling.  "That's something that really requires an academic and independent institute like ours to take the lead."

It is work that will save the lives of some of the poorest and most disadvantaged children on the planet, but it requires a collaborative effort between scientists, government and industry.

"Companies impact the communities in which they operate in many different ways" says Kate Chaney. "We think it's really important that we play a role in building the health of our communities. There's no reason Perth can't be a centre for excellence and this is an example of how a Perth organisation can be on the global stage, despite our geographic isolation."