Fremantle Dockers supporter Maddox Ball and Telethon Kids Institute researcher Dr Ingrid Laing might not look like they have a lot in common but they share a very special bond. They are both “Little Telethon Stars” – albeit 38 years apart.

Ingrid, who has cystic fibrosis, was just six-years-old when she was chosen to be a Telethon Star, a title seven-year-old Maddox, who has Duchenne muscular dystrophy, now lays claim to in the annual appeal’s milestone 50th year.

Maddox’s mum, Fiona Ball, said being involved in Telethon was a great way to raise awareness of Duchenne muscular dystrophy, a genetic disorder characterised by progressive muscle degeneration and weakness.

“We didn’t realise Maddox might have muscular dystrophy until he was three because he was achieving all the same milestones as his twin brother Xander until that age,” she said. “This was the beginning of a two-year period where we saw 10 health professionals in order to get a diagnosis.”

Ingrid, 44, on the other hand, was diagnosed with CF when she was just 36 hours old and spent a large chunk of her childhood in hospital. Thanks to significant advancements in medical research — and a double lung transplant — she is one of a few people with CF to survive this long.

Rather than deter her, her experiences motivated her to become a respiratory researcher.

“Research represents hope to people with an illness — that there is a brighter future either living with their illness or perhaps being cured of it,” Ingrid said.

Since 1967, Telethon has raised more than $265 million to ensure a better life for children, now and in the future. A major use of those funds has been to support child health research. That has been a focus for Telethon since its inception and its commitment to improving the health of children in Western Australia and beyond remains as strong as ever, according to Telethon Trustee Christine Simpson Stokes.

I think it’s vital for Telethon to put back into child health research and this is why its long-standing partnership and support of the Telethon Kids Institute is so impactful,” she said. “The calibre of researchers at Telethon Kids is unmatched and that’s why the best researchers in the world want to come to live and work in Perth — they are doing amazing things in improving the health and development of all children.”

Christine was confident Western Australia’s culture of giving would ensure Telethon’s success in the years to come. “I just see Telethon going from strength to strength,” she said. “Even though WA has been through a tough time, West Australians are still motivated to be generous.

“Telethon is such a trusted iconic name in WA, from the brand to the event and the kids. We do it better than anywhere else in the world and I think our isolation is part of its success. Whether it’s a young child or a great grandparent, everyone has memories or an association with Telethon and I think that’s why the community is happy to part with their hard-earned cash knowing that every single dollar raised is distributed. You know this is a special thing and I’m really excited for Telethon going forward.” 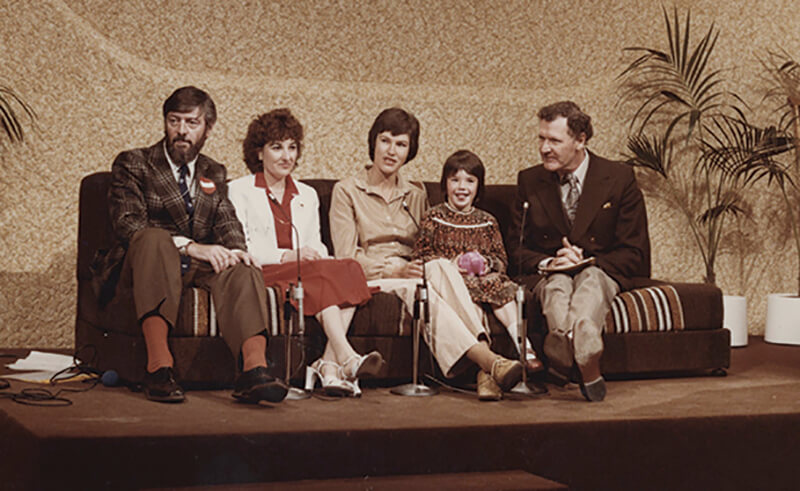 Ingrid agreed. “I think its success also lies in the community’s ability to relate to families living with children with chronic illnesses — the feeling that I could have had a sick child and if you don’t, feeling grateful for having healthy children and therefore willing to support those who haven’t been so lucky,” she explained. “Everyone can connect to how devastating a chronic illness in a child can be.”

“While Telethon’s financial support has been critical to the work our researchers do, the public exposure Telethon has given to the issue of child health has been just as important,” he said. “We congratulate Telethon on reaching such a huge milestone and look forward to working together in the interest of child health for many years to come.”