Achieving lasting change in the Kimberley

Telethon Kids Institute has set up a permanent base up north led by impassioned local John Jacky. 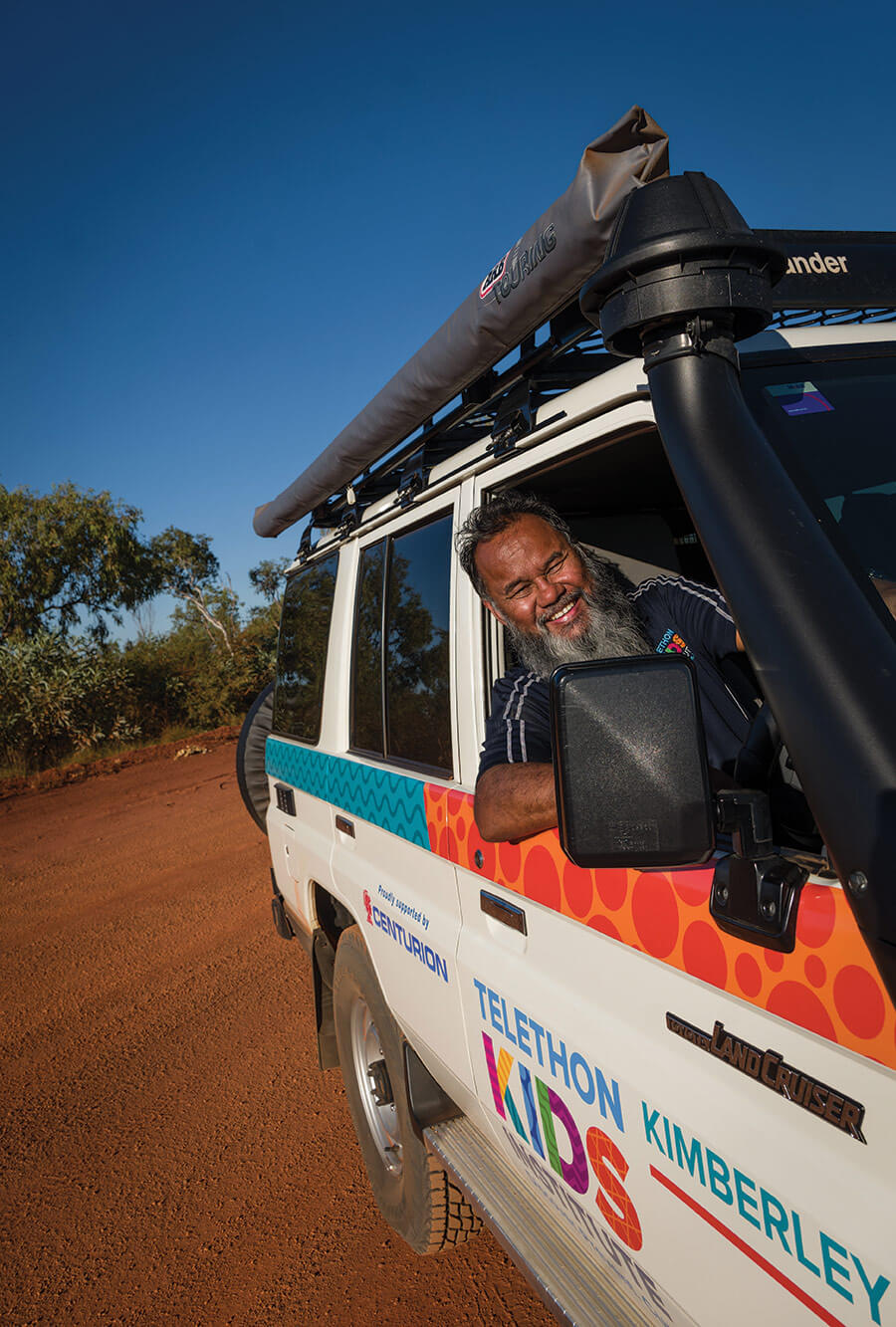 Many people would be daunted when tasked with coordinating, from scratch, a new Telethon Kids Institute satellite site to service Western Australia’s north. But not John Jacky.

The gregarious 59-year-old was thrilled to return to his old stomping ground of Broome to help launch the venture, known as Telethon Kids Kimberley, part of the Institute’s Kulunga Aboriginal Research Development Unit. He’d left the region when his son won a scholarship to attend high school in Perth but with his youngest children now grown up, it was a chance for John to leave the big smoke, get back to his “huge” extended family at home and start tackling some of the health vulnerabilities faced by communities in the Kimberley.

“In regards to my role, they were looking for a person not necessarily with a health or research background but with community access,” he says. “My time growing up in Broome allowed me to build up a huge network of people in the Aboriginal communities.”

For John and the Kulunga team, the goal of Telethon Kids Kimberley is simple – developing appropriate, respectful and culturally-responsive research that leads to better health policy, services and support, while engaging and responding to the needs of local Aboriginal children and families. “This is something that has previously been difficult to do with the ‘fly-in, fly-out’ nature of past research,” John explains.

Launching a new venture has not been without challenges. For one, a “fantastic wet season” cut off local access, stopping John and his team from getting into the remote communities but John credits the “pure grunt and work ethic” instilled in him by his beloved Banial Bard grandmother, who raised him and taught him about commitment, which has resulted in his desire to throw himself into the venture wholeheartedly.

“It’s important that Telethon Kids Kimberley is understood to be a genuine and trusted partner of the communities going forward,” John says.  “I’ve had some good feedback about what we’ve been doing so far and it’s fantastic to hear.

“We want to speak to both researchers and grassroots people. I think that’s why there’s already trust building; our approach is very much, ‘we can be part of the solution to the health challenges we face today, if you want us to be’.”

Research in the past was not considered to be empowering Aboriginal people. John believes Telethon Kids Kimberley in partnership with all stakeholders has a great opportunity to finally make change.

“The door is wide open where we can come in and do something quite significant and cutting edge in terms of training people and empowering people,” John says. “It’s not educating in the sense of talking about it and writing about it because unless it’s about learning to do it I don’t think the people will get it. Aboriginal people are visual and practical learners.

“You’ve got other partners and stakeholders involved and it’s got to work within the clinicians because they’ve got the science, the wisdom of how to treat these diseases. But we need to look more widely than that and understand that there are natural remedies that the Aboriginal people have knowledge of and cultural practices that have worked for tens of thousands of years.

“We need to work out how to combine this with Western medicine without taking away peoples’ intellectual property and I believe this will make a difference. It’s going to be about showing and teaching people how to treat the diseases themselves.”

This crucial permanent presence in the Kimberley has only been possible thanks to enabling donations from the Stan Perron Charitable Foundation, Wesfarmers, Centurion and Denby Roberts. For Denby, who has visited the “spectacular” region many times, it was an opportunity to get involved with a cause close to her heart.

“I am extremely passionate in trying to gain an understanding and learning about Aboriginal culture, both past and present,” Denby explains.

“With the collaboration of the Kimberley Aboriginal Medical Services and other support and communities, I hope that Telethon Kids Kimberley can, over time, secure the necessary resources to conduct the much-needed research that will help the Aboriginal community achieve better health outcomes which are more in line with the entire Australian population.

“Telethon Kids Kimberley seeks to embrace the strong sense of culture of the Aboriginal people, and its permanent presence and evolution is essential if we are to make a true difference to the lives of the children involved.”

For logistics and transport company Centurion, which has operated in Broome since the early 90s, the initiative also struck a chord. Says CEO Justin Cardaci: “The initiative itself clearly has merit and in its own way, is innovative and leading edge.

“If this proves successful it could become the pilot that is then rolled out to other remote regional areas. I’d like to see this become the first of many — it’s relatively small investment dollars that could potentially have a lasting and meaningful impact on the health and wellbeing of these communities.” 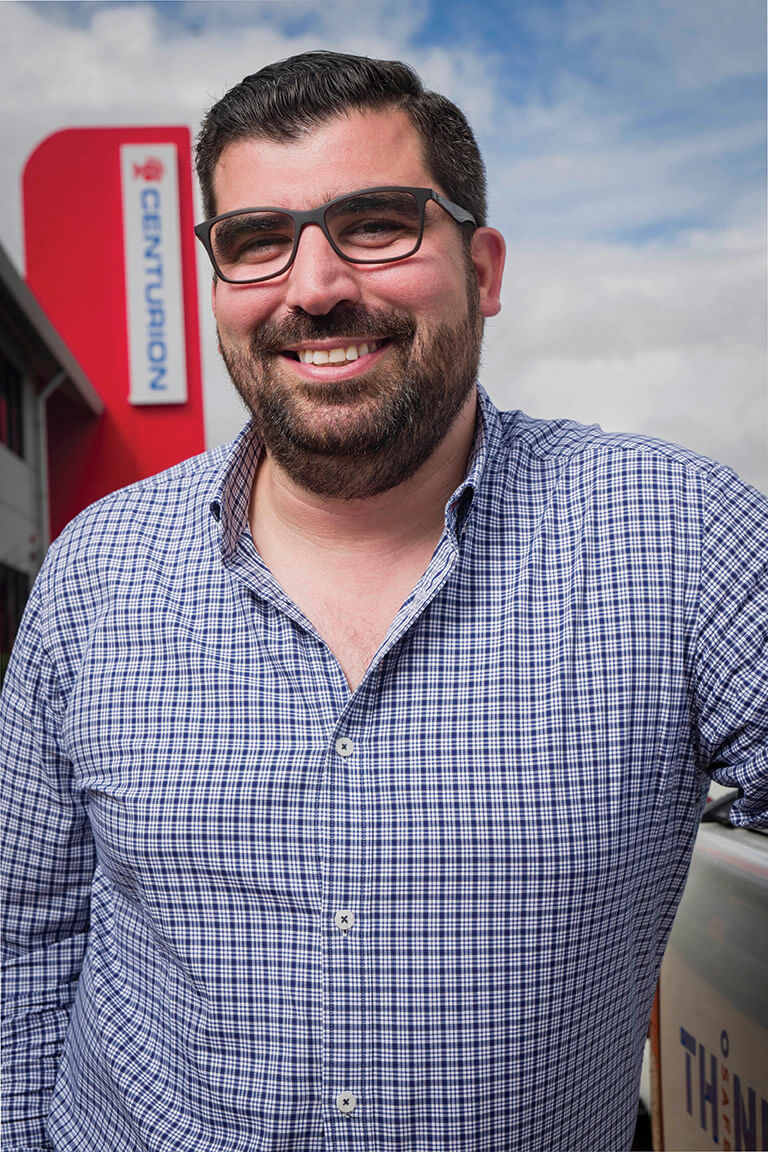 Telethon Kids Kimberley researchers are now able to travel to some of the most remote and hard-to-reach areas of the region, thanks to transport and logistics company Centurion.

Brandon Rose and Travis Rose, who are part of Centurion’s Youth and Indigenous Program, were the driving force behind a series of fundraising initiatives to raise money for a new 4WD vehicle for the Telethon Kids Kimberley team based in Broome.

“We are very grateful to Centurion for giving us the wheels to drive research to all corners of the Kimberley,” Telethon Kids Kimberley’s John Jacky says.