Funding all adds up

Little or large, every donation made to the Telethon Kids Institute is precious.

Most often donors have in mind a specific research area that they’d like to see their fundraising dollar go towards. Someone in their family or community may have been affected by a certain disease such as brain cancer and they want to do their bit to fund better treatments or even a cure.

“It basically allows us to bundle these donations together, giving us the flexibility to spend that money in a timely manner and in a way that is in the best interests of the Institute,” he said. “This can be invested into strategic items that the research endeavour requires.”

Investments such as a supercomputer, known as the “SGI Box”, which has been specifically designed to deal with big data coming from large- scale genomics projects, is one such example. 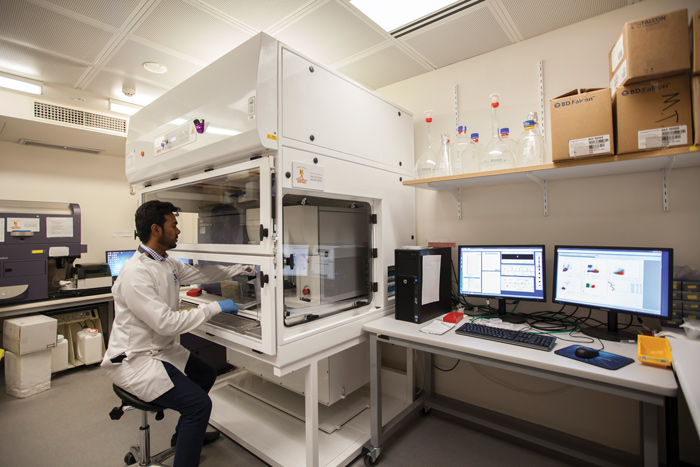 Funded from untied donations, the Institute’s researchers are using this machine to analyse the DNA of children with rare undiagnosed diseases and trying to pinpoint the distinct mutation in the child that gives rise to the disease. Ultimately, the hope is to be able to develop tailored therapeutics.

Cancer and respiratory researchers are also using the SGI box to understand the mechanisms leading to disease in order to develop new drugs. Without it, most of this work would simply not be possible.

Tim said medical research attracted just 3 percent of philanthropy in WA so every donation was valued. Those people who made untied donations were kept informed about how their gift had been used and invited into the Institute to have a look around and meet with researchers.

“Without their support we couldn’t do the research – they are like oxygen to our researchers and we want to make sure that they feel part of what we are doing here, we want them to think of themselves as being collaborators in the research process,” he said.

“We encourage donors to give, however, they wish but I do think that those who make unrestricted gifts are in many ways incredibly helpful to us because it allows us that flexibility of investment opportunity.”