Hope ahead for children with CF, as life expectancy continues to grow thanks to research. 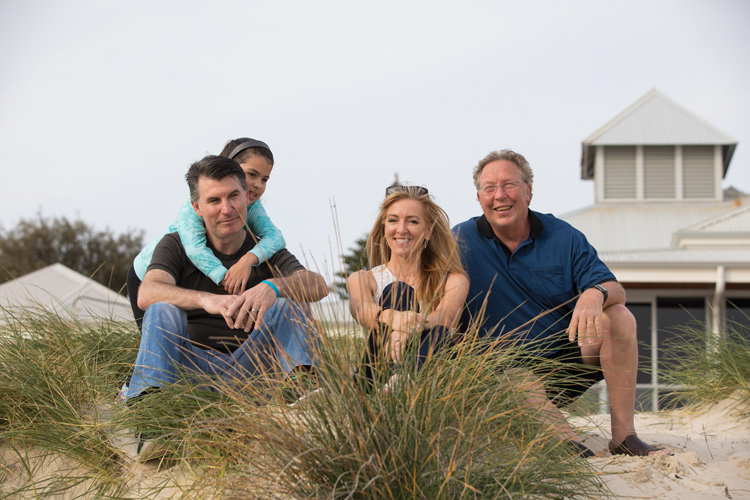 Until Scott Arnold-Eyers’ daughter, Jade, was diagnosed with cystic fibrosis as a baby, he thought CF referred to chronic fatigue.

Jade is now eight, and Scott and his wife Dianne, are full bottle on the chronic lung disease, which arises from a genetic default and involves a malfunction in the exocrine system, responsible for producing saliva, sweat, tears and mucus.

As a result, those with CF develop an abnormal amount of thick and sticky mucus in the lungs, airways and digestive system. There is no cure, and preventative treatment involves hours of daily physiotherapy, inhalations, antibiotics, enzyme replacements and other multiple medications.

“When Jade is well it takes about three hours to get it all done and when she’s sick, it’s about seven hours,” Scott explains. “You get used to it so you don’t really complain about it but it does have an impact. It can really absorb you.

“Dianne got very protective of Jade early on so she doesn’t let her have sleepovers and she’s not allowed to be around anyone who is sick. We don’t have guests often. Nobody comes in the house unless they are royalty,” he says with a wry laugh.

Dianne’s fears are understandable, as common respiratory viruses can be catastrophic for those with CF, leading to a worsening of symptoms or a faster decline in lung function. And while most of her Year 3 schoolmates run around without a care in the world, “Jade is pretty knowledgeable and when she’s sick she takes real responsibility,” Scott says proudly. “She’ll say, ‘I’m not feeling well and I don’t want to get sick and I’ve got soccer next week that I really want to go to’.”

When it comes to CF, optimal lung function for as long as possible means everything. And as the team at the Telethon Kids Institute has discovered in their leadership role of the Australian Respiratory Early Surveillance Team for Cystic Fibrosis (AREST CF), early intervention in young lungs leads to less deterioration, which in turn results in longer life expectancies and fewer dreaded hospital visits along the way.

Collaborating with research groups across Australia, as well as New Zealand, the Netherlands, the US and Canada, the AREST CF project focuses on the assessment, treatment and prevention of CF lung disease in children with CF up to the age of six.

“The program started 10 years ago and involves detecting kids with CF in the first three months after birth, and then monitoring them for the next six years,” Professor Steve Stick, Principal Investigator for AREST CF, explains. “In essence what we’ve been trying to do is understand the early life of the disease, what’s happening and how we can use those measurements to predict better outcomes. We’re now trying to translate all our findings into intervention strategies.”

This approach is a direct result of findings that have shown the first two years of life, in particular, are crucial for avoiding early lung damage that can considerably shorten life expectancy. By far the biggest burden to bear with the condition is the statistic that those with CF usually succumb to lung failure by about 38 years of age, meaning many lives are being cut too short from this relentless disease. “Lung mortality is the main cause of death in CF patients,” Steve says.

“When Jade was born we were told to expect seven to 30 years,” Scott says. “We try not to think about it. There have been a few times where stuff has come up on TV and it becomes a bit horrible in the house for a few days. But statistics are changing all the time and there’s been a big focus on the preventative, which is making a huge difference.”

Steve says it is heartening to know a lot of progress has been made in increasing the lifespan of people with CF. “Twenty or 30 years ago, life expectancy was in the 20s and now it’s closer to 40,” he says. “CF patients can now make plans, get married if they want and have children.” 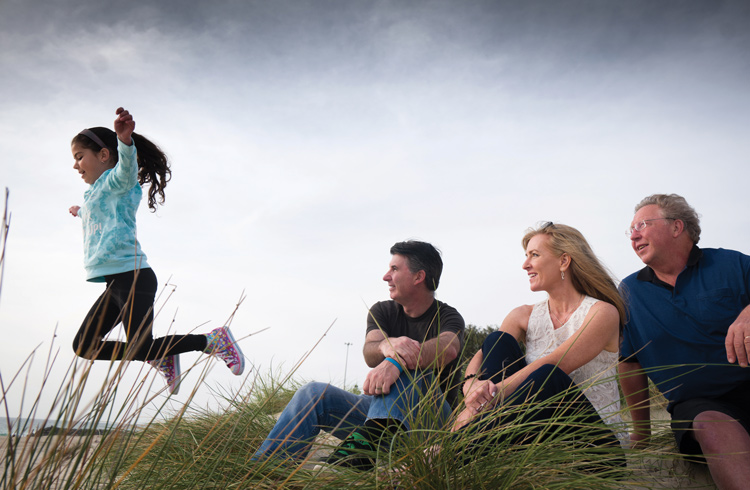 Jade and Scott Arnold-Eyers, Wendy Endebrock-Brown and Professor
Steve Stick look forward to a day when CF is conquered

The work of AREST CF in early intervention and better outcomes for the condition has been made possible thanks to generous donations from the Stan Perron Charitable Foundation, Cystic Fibrosis Federation Australia, Conquer Cystic Fibrosis (CCF) and the Rothwell Family Fellowship, which has supported Telethon Kids Institute researchers Daan Caudri and Luke Garratt.

Wendy Endebrock-Brown, from CCF, is the mother of a 17-year-old son with CF and says raising funds for CF research helps her to feel proactive. “As a parent, having a child with CF is more than slightly terrifying,” she says. “You know there is no cure and if they don’t find a cure or treatments that help to keep people with CF healthy and therefore extend their lives while we wait for that cure, then there’s nothing.

“I wish I was a doctor, I wish I was a researcher, I wish I could do more,” she continues. “All I can do is raise money for those who can do the research and who can find that cure for my son and other kids.”

Raising $10,000 in its first year, CCF last year raised an impressive $250,000 for research and services and Wendy is inspired to keep raising the bar.

“I feel there is great hope,” she says. “The future for kids with CF who don’t have any of the really bad bugs is looking amazing and I’m so grateful for that and happy about that.

“Even for the kids with the bad bugs, there is so much going on in the world of CF that there’s hope. And thank God for that. Now that I’m in the world that I’m in, I don’t know how anyone could possibly live with a loved one with a terminal disease without hope.”