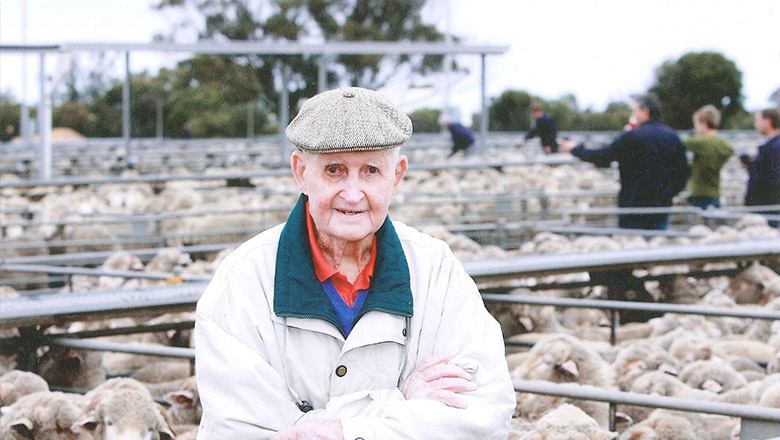 In life, George Church and his family were an integral part of their local community. He was "a legend of Kojonup," says National Party MLA Terry Waldron, whose family was first befriended by George Church in the 1940's. If Kojonup dust was in George's blood, it was a keen sense of community that was in his heart. And on his death, George left a proportion of the substantial fortune amassed by him and his wife, Patricia (Trish), to several main beneficiaries, including Telethon Kids.

"It is an outstanding bequest, "says another friend and Deputy Shire President, Robert Sexton. "I doubt if anyone in Kojonup would be surprised, but all would be proud. It should also be noted that many organizations and individuals would have been recipients of the Church's generosity during their lifetime, most would be anonymous as that is how George would have wanted it."

George and Trish had lived a life of service. During World War Two, having seen action in New Guinea, George reached the rank of Lieutenant. For decades, he and Trish were heavily involved in Rotary. They both received the Paul Harris Medal, that organisation's highest honour. They were both also Justices of the Peace. He had served on the hospital Board for 17 years, including as Chair.

Patricia (Trish) Shaw was a theatre nurse who came to town in the 1950's and caught the eye of one of its most eligible bachelors. They married in 1957 and lived at their farm, named Korrinup, until illness forced Trish into hospital in 2013. She refused to go unless George came with her - so he did. Trish died just days later.

While the couple hadn't been blessed with children, their property had always been open to youngsters. "The number of children who, over the years made the bike ride from Kojonup town, up the hill to Old MacDonald's Farm for a day of activity, food, treats and fun, was a testament to Trish and George's dedication to children," family friend Jack Hebiton said, in the eulogy at Trish's funeral.

Indeed, the sale of that farm led to this generous bequest from George's estate to Telethon Kids, and other charities. George and Trish Church might not have had any heirs but their legacy will now live on, through the children their bequest will help.