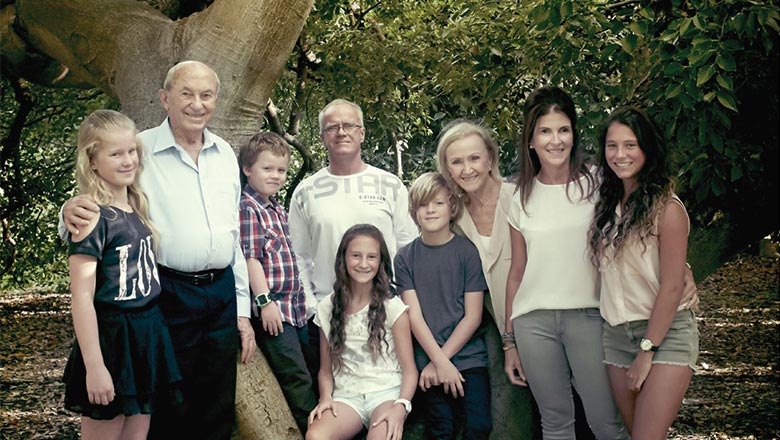 Stan Perron hands over a manila file that's as thick as a sandwich. On the top page, in neat columns, there is a list of charities. Some are household names. Others are more obscure. And alongside the names are dollar amounts - from the humble, through to sums many times the average person's annual income. These lists document the Stan Perron Charitable Trust's contributions.

Stan Perron isn't flashy or ostentatious. He's a polite, quietly spoken gentleman who speaks warmly of his family and staff. Canny investments throughout his lifetime have made Stan Perron a billionaire. But, if making money was a challenge of his early life, these days, giving it away brings a deeper pleasure. "I just enjoy doing it," he says, simply.

Donors like Stan Perron and his wife Jean are an integral part of the fabric of Telethon Kids.  For years, they've helped with funding - with everything from capital projects to supporting students with awards that supplement their PhD scholarships. Similarly, the Qantas New Investigator Award has facilitated collaborations with the world's best scientists around pressing child health issues.

Professor Graham Hall, Head of Paediatric Respiratory Physiology at Telethon Kids, believes travelling and forging international alliances in North America, Europe and Asia that allows all researchers to 'leap-frog' their science forward. "You get a lot of value-add in both directions," he says. "You get to help other scientists, they get to help you, and the result is better health outcomes for children." In the past year, various donors have helped Telethon Kids researchers with their research here in Perth, as well as nationally and internationally.

Their generosity combined amounts to about $500,000 each year. Every dollar spent by a young researcher represents a small parcel of hope that treatments, cures and therapies for sick children will be discovered. With this funding, they push scientific boundaries bit by bit, working so that tomorrow's children will live healthier lives than today's.

Especially remarkable is the diminutive businessman who funds much of this progress, yet whose own education ended at primary school. Stan Perron grew up in a shanty, hessian hut in Western Australia's goldfields. "No floors, no electricity, no power, no water," he remembers. "When I was 12 years old, I thought, well, when I grow up I want to do better than this," he says. And he has.