Angela Bennett hopes to reduce the disabilities associated with autism 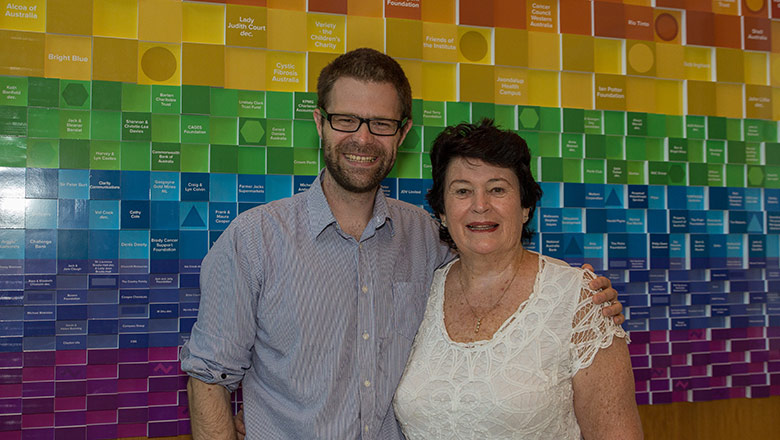 In hindsight, Andrew Whitehouse admits he probably should have twigged that something was up. Heading into what he thought was a routine discussion with colleagues at the Telethon Kids Institute, instead, business woman and philanthropist Angela Bennett was in the room.

At this meeting, Mrs Bennett told Andrew Whitehouse that the Angela Wright Bennett Foundation was making a quarter of a million dollar donation to his autism research. The usually-ebullient Professor Whitehouse was happily blindsided and - almost - rendered speechless. "I'm an emotional man at the best of times," he laughs. "I teared up immediately and all I could say was 'thank you, thank you, thank you! All I could think about was what this could potentially mean to the community that we seek to serve."

While her foundation aims to support both women and children, there is something more personal behind this collaboration for Angela Bennett. She has first-hand knowledge of the impact of an autism diagnosis on a family. One of her close friends has a grandchild with autism and she has spent time with the child.

The donation will fund a world-first trial, investigating the impact of a new intervention therapy program on children who've been identified at risk of developing autism. Every twelve-month old child that presents to Perth's Child Development Service, who demonstrates early delays in social and communication development, will be offered the trial therapy.

"It's the idea that we may be able to catch brains and prevent the development to autism," says Andrew Whitehouse. "It's very, very exciting!"

If the trial yields similar results to the pilot, Andrew believes this early intervention will be translated into the wider community. And that will have a huge impact on the lives of children with autism and their families.

"What we want is to reduce the disability associated with autism," he explains. "If we can make these kids develop intellectual capacities that we never would have done previously, then that's a major thing. So what we think this therapy is, in real terms, it's the difference between having kids who never would have learned to talk, learning to talk, go on to school, go onto employment…"

'It's magic, it really is magic," says Professor Whitehouse, "because you spend 24 hours a day thinking about "this is how I'm going to change the world." And then all of a sudden someone makes your ability to do that a reality."