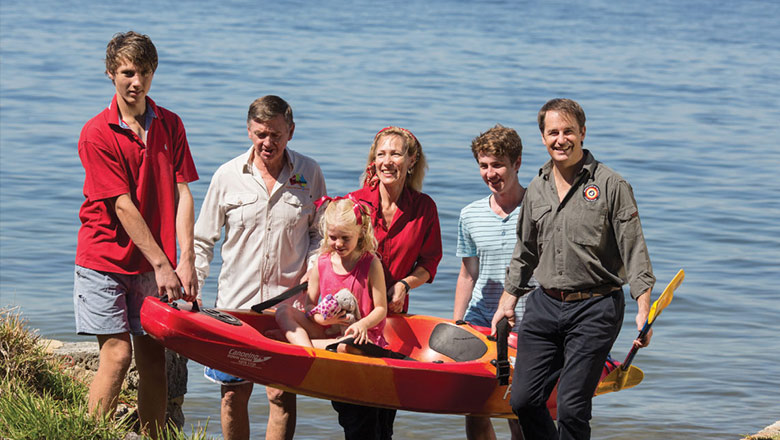 James Fitzpatrick wrote this poem in the late 1990s when he was a first-year medical student sitting by a campfire in Carnarvon.  It was in response to a situation earlier that day he calls his 'moment of awakening'.

"I remember standing in a dusty yard, in front of a weatherboard house with broken windows," he says, "with this old bloke named Whalebone who's a community leader. And we were talking about youth suicide in his community - and I was this 24 year-old white kid from Perth.

"There were two little kids in the front yard, one of them washing their sibling with a hose and the sunshine sparkling off their tightly-curled hair. I was marvelling at the beauty of these kids in the front yard listening to the stories of this wizened old man. Then I heard this smash of a bottle being broken on a wall inside the house, and this stream of expletives come out. It's 10am on a Tuesday. I just thought, 'Oh my God, what kind of a world are these young kids growing up into - and what's going to help them to have a different trajectory to the person who's inside the house?'"

James Fitzpatrick has spent the past fifteen years being useful in identifying and helping to redress some of the health challenges among Aboriginal Australians. A former Young Australian of the Year, now a Telethon Kids clinical researcher and recipient of the McCusker Clinical Fellowship in Aboriginal Child Health Research, Dr Fitzpatrick combines the zeal of an idealist with the pragmatism of a scientist and the accountability of a businessman.

And that has translated into real results. Funded by the McCusker Foundation, Cages Foundation, Bright Blue and various government agencies, over the past five years James' team of researchers has worked with the Aboriginal community in the Fitzroy Valley to address the issue of Fetal Alcohol Syndrome Disorders. Indeed, the Chief Investigator on the research project called Lililwan (meaning "all the little ones") is June Oscar AC, Chief Executive of the Marninwarntikura Women's Resource Centre and a proud Bunuba woman.

"It was the community's concern," says James, "and the power of this research is that we're going in to help a community to address a very sensitive issue and to really shine a light on what is a shameful, human condition - children born with brain damage due to alcohol use in pregnancy."

Early study results made front-page news, across Australia. "Fetal alcohol syndrome affects one in eight in Aboriginal communities," screamed the headlines. But the real story here is how collaboration is bringing meaningful change to these children's life stories, the collaboration between Aboriginal elders and the researchers whom they invited into their community. As well, the collaboration between the research community and the donors who contribute valuable funds to make the work possible.

"We were dismayed at the high incidence of innocent young children suffering from FASD," he says, "which will affect them all their lives - impeding their mental and physical growth and denying them the opportunity to live a fulfilling life. But we were most impressed by the determined and practical approach being taken to eliminate this blight says Mr McCusker.

Dr Fitzpatrick also believes that philanthropic collaboration has benefits that extend far beyond the financial.

"Oftentimes, the governments can't work in the most effective way because you often need to be agile and innovative especially in a space characterised by some of the most wicked and complex problems we're facing. The machinery of government services and service agencies often can't get into the cracks. And that's where I think philanthropy comes in," he says, "corporate philanthropy especially. It's a way for corporate Australia to help provide solutions to what happens out there "

In the Fitzroy Valley study, the results of these various collaborations have been stunning. In 2002, half of the pregnant women in the area were drinking heavily, with the region recording the highest level of alcohol-related disability diagnosed in children in Australia and one of the highest rates in the world. Today, that figure is closer to 30 per cent. James Fitzpatrick believes that in a couple of years that statistic will be less than 10 per cent.

"The way Telethon Kids as an institute interacts with communities and research partners is special," says James Fitzpatrick. "We'll come alongside people, or behind them, as respectful partners and we'll apply our skills and our sense of agency to a situation that they've invited us to help understand and solve. And once you start doing that, you can take your gloves off and be yourself and you can be as incredible a statistician or an epidemiologist or a social worker as you are, because people know you're exercising the full might of your skill set in their aid. That's the true power of research partnerships with Aboriginal communities."

"The sky's the limit. You really can apply the law of love, with scientific precision."